Vacant land closed transactions were down by 46{23633f02edd09c24e6445700eef72965eacceae4d7daeb2d68dcdc9d694b1af0} throughout most of the year.  By year end however, we had made up part of the difference.  A total of 55 vacant land transactions occurred and Rural Crested Butte and Crested Butte South lead the way with 17 and 14 respectively.  As the inventory of existing homes declines, I foresee a rise in vacant land sales which will translate into new construction in the future.

The information collected for this post comes from the Gunnison County Multiple Listing Service and is deemed reliable however may be inaccurate and the compiled information does not include any For Sale By Owners transactions.

A couple of weeks ago, the Town of Crested Butte voted on a 12-month moratorium for Short Term Rentals, (STR).  So, for the next 12 months they will not accept any applications nor issue any licenses in Downtown Crested Butte.  Mt. Crested Butte held a meeting about the same issue and they are not going to make any  END_OF_DOCUMENT_TOKEN_TO_BE_REPLACED 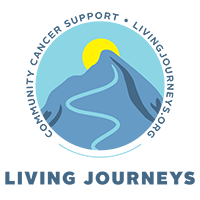